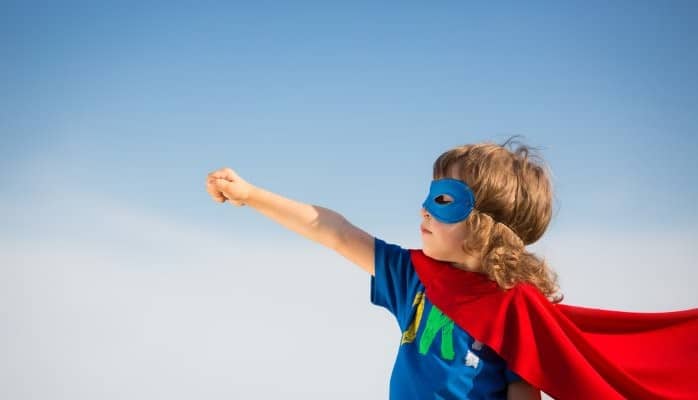 The concept of servant leadership befuddles many. The idea that a leader should serve his followers is not only foreign and unconventional, but provokes a stigma that to ‘serve’ is a lowly duty best reserved for fast food outlets and retail employees.

I argue servant leadership is an effective means to motivate, influence and transform. The servant leader’s emphasis on other’s well-being bolsters success rates for not only imparting organisational change, but making lasting changes to employee growth both professionally and personally.

A group of peers celebrate an annual holiday together by sharing a meal – a regular occurrence. They congregate around their leader and wait patiently for the servants to commence the pre-dinner ritual. Their leader does something a little off-kilter.

“To lead people, walk behind them.” Lao Tzu

He removes his outer robes and begins the foot washing ceremony. Their leader serving them? What the heck is going on?! They should be the ones washing His feet, not the other way around. Their discomfort at this is palpable, and one even leaps to his feet in protest. However, their leader’s act of humble service would not be denied. He serves them that night, setting an example for them to follow.

That evening forever changed His followers. This leadership style turned the conventional servant-leader paradigm on its head. It was a night that was often reflected upon by His followers, its principles applied to their own leadership roles.

Yep, this example is derived from Jesus Christ. Regardless of your chosen faith, His leadership prowess cannot be disputed. True to his word, put others first, and willingness to sacrifice (even to the point of death). He constantly taught and modeled His ways for His followers – he walked the talk, my friends.

Simple men morphed into courageous leaders who started one of the most influential and far-reaching movements in history (i.e. Christianity). The true servant leader, Jesus exemplifies how leading while serving can motivate others to change.

Powerful. Different to any other leadership style. Why?

The decision to serve a person below you in the chain of command has the capacity to transform not only the one being served, but the entire organisation.

I didn’t realise what it was at the time. I was fortunate enough to be the recipient of a leader adopting this approach. What perpetuated were some the most memorable times of my career. He always ‘had my back’ and empowered me by providing stretch opportunities. His number one concern was helping me grow and develop. It enabled me to do my job better, which had a triple-whammy effect: good for me, great for my leader, even better for business. In turn, I was – and still am – fiercely loyal. My unquestioning assistance is a given if it was ever called upon again.

Change does not occur immediately, but it’s astonishing how an entire organisation can begin to shift when the ones at the top of the pyramid start serving others. While the idea of serving by leading has ancient roots, Robert Greenleaf launched the modern servant leadership movement in 1970. A seasoned executive, he worked at AT&T for nearly four decades when it was one of the biggest businesses in the world. Greenleaf “gets” business. And he “gets” leadership.

“Service is the rent that you pay for room on this earth.” S Chisholm

He noticed leaders with a self-serving interest (fame, money, power) and he also noticed leaders who’s top priority was to help peers and serve customers. His research found those who were in it for others were the most effective. And so the servant leader concept was born.

One of the most prevalent models for leading change is Kotter’s 8 steps. To mark its 20th anniversary, an enhanced 8-step model for accelerating change today’s fast-paced world was launched.

How the servant leader tackles these steps

Helping your colleagues to grow increases their productivity, which in turn amplifies the capacity of the organisation, and enables it to better serve its customers. The organisation can now do things more efficiently, or is capable of taking actions it wasn’t able to before.

To continuously evolve, stay ahead of shifting trends and defend against competitor tactics, your employees need to keep learning and growing. It is this unwavering dedication to the development of its people which enable an organisation to respond, adapt and change with minimal disruption.

It’s not about you. It’s about others. Isn’t this why we are here?

Managing is organising, planning, and ensuring things run smoothly. Leadership builds upon this and includes the capacity to motivate others by changing their attitudes. Changing people’s attitudes shifts their thoughts.. which shifts their words… and ultimately shifts their behaviour.

No one is ever going to want to work with you, change for you, much less be led by you, if you’re so focused on yourself that you don’t have time for anyone else.

Lead. Serve. These concepts fit together like hand in glove.

As a servant leader, you can change the world. Not the entire world, but the patch where you live, work, and interact with others. Choose the type of leader you want to be. Make the limited time we have on this earth better through your character and your leadership.

“I don’t know what your destiny will be, but one thing I do know. The only ones among you who will be really happy are those who have sought and found how to serve.” – A Schweitzer Friska brings digital transformation to life by accelerating adoption and building proficiency at scale, having worked for some of the biggest names in mining, engineering and technology. A change and transformation expert for nearly a decade, she’s led change programs impacting up to 23,000 people across most continents – technology implementations, operating model redesigns, M&As and restructures.

Friska headed up change at Newcrest Mining, the largest gold miner on the ASX, leading its digital transformation changes to achieve significant financial and innovation outcomes, winning the 2018 METS Ignited Collaboration Award and several other innovation titles. Prior to this, Friska was the Global Change Lead at engineering giant Worley, overseeing technology, process and system changes across its 55 offices.

Get the latest news and updates straight to your inbox!